I am a Dreamer and a Planner.

That may sound counterintuitive but it’s who I am. I imagine something (like my Thanksgiving dinner table in 20 years) and then I plan on how to get there. While these may be good traits for running a business, or even running a marathon, it can be problematic when it comes to life in general. As we all know, life rarely goes according to plan.

Fast forward almost two years and I’m 39 weeks 2 days pregnant. I had a new birth photographer booked and was so ready to meet my baby (girl…because even though we didn’t find out baby’s gender I had mentally planned on three girls). If you really want to know how crazy I am at planning, I had hoped for a Jan 22nd baby, as that would mean that everyone in our family had a birthday day twin (Derek and I are born a 9th, the girls are born a 6th and Milo on a 22nd so this baby coming on the 22nd would be “perfect.”)

On January 21st, I woke up at 12:30am very hopeful I was in labor after just one contraction. Although I had been having Braxton Hicks for several months, this one was much more intense. At 1am, I started timing contractions and woke up my husband. We started gathering last minute things for the hospital, still deciding when to go in. Contractions were coming every 1-3 minutes, but were only 30-45 seconds long and I could rock and breathe through them. I had remembered them being stronger and more painful with Hudson, and I did not want to drive to the hospital in the middle of the night only to be sent home. At the same time, my previous labor went quickly and I did not want to deliver a baby in the car! As I paced the house breathing through contractions, I imagined my expression as I was told I had a daughter, and how it would feel to finally hold her in my arms. The rest of my child’s birth was all planned out in my head.

By 1:30am we called my mother-in-law and told her she better head on over to watch the kids. I also texted my birth photographer and my mom telling them we were heading to the hospital. At this point contractions were more intense, yet still only 45 seconds long. But I did not want to be on the road when things really started picking up.

As we drove to Bellevue, I called the hospital letting them know I was coming. Yet the closer we got, the more unsure I was that I was really in labor. During the entire 35 minute drive, I had 2 contractions and they were hardly anything. I was ready to tell Derek to just take me home, I felt so stupid. However, I saw my photographer was already parked at the hospital when we got there,  I figured I should at least say hello. The moment I stepped out of the car I had a very intense contraction, one that stopped me in my tracks. My husband gave me a look like, “We are not going home.”  The contractions kept steadily coming as we were checked in and taken back to a room.

The nurses asked a million questions all at once, including if I would like an epidural. I said I was open to it, but hoping to go naturally. At this point I was still waiting to see if I was officially going to be admitted. They checked me and I was 6cm! I couldn’t believe it, my hope of a natural birth was right there, I was close and it was only 3 am (just 2.5 hours from my first contraction).

All Plans Breaking Down

Except, as you know, things never go according to plan. First, the nurse seemed hesitant and said we needed an ultrasound. My heart stopped and my head raced. Was something wrong with the baby? I’ve never had an ultrasound during labor before. The ultrasound seemed to take forever, and was extremely painful as I tried to hold still while contracting and panicking all at one time. Ten minutes later we learned that baby had flipped and was no longer head down. I had to have a C-Section, and fairly soon. I could hardly believe it. I had just had an appointment two days prior where I was told baby was very much head down. It felt like everything was spinning, I could not believe my ears. This couldn’t be right. How could this happen? As the nurses talked, I barely listened.

I tried to comprehend what was about to happen. Then they told me they could not reach my OB, even though it was in my chart to call her on her home phone in the middle of the night.  So now, I was not only not going to have this baby naturally, but I would be having a C-Section and my OB who had delivered my first three children and gone through 4 miscarriages with us would not be delivering this baby. I wanted to go home, go to bed, and pretend this was not happening.

A C-Section = A Belly Birth

We hired an amazing birth photographer, Erin Dupree. She asked the anesthesiologist if she could be in the operating room as a professional. I am so grateful she asked, and even more grateful he allowed her to be there, as many do not. My heart calmed a little, as they wheeled me away.

The actual birth itself is a blur. I remember being freezing cold at first, and contractions were coming quickly as they placed the spinal block. And while that warmed me up and stopped the pain, I immediately wanted to hurl and my blood pressure plummeted making me feel like I was going to pass out. I did have an amazing anesthesiologist who talked me through everything. He kept me calm, reassured me, told me to keep breathing and worked quickly each time my blood pressure dropped (which as a few times).

The waiting for our baby to cry felt like it took an eternity. I kept asking if the baby was okay, repeatedly. Finally, we heard it, that sweet first cry. Then they told us we had a son. Tears filled my eyes, and Derek leaned down and kissed my head.  A boy, a healthy baby boy to round out our family. Despite everything not going as planned our baby was here and he was healthy. After much heartache and pain, our rainbow baby was here, our Ezra Nicholas.

Much of the rest of his first minutes were missed as I was strapped to a table unable to see. I missed them weighing and measuring him, checking his vitals, all of it. It was pretty special though as Derek got to hold him skin to skin right there next to me after his initial checks. (Plus, our photographer captured all of those details for me).

We later learned it was a blessing he flipped. Something very technical that I don’t fully understand about the way the placenta was attached and how it could’ve been dangerous delivering, along with the large amount of blood I lost in a C-Section (which is apparently usually very little) but would’ve been more had I delivered naturally. All in all our little boy is a blessing.

The Experiences That Shape Us

So why am I sharing this with you? Why am I showing you personal photos that I didn’t even take? Because I believe that everything is a part of a bigger picture. I believe that our experiences not only shape us but allow us to be more understanding, more compassionate, and connect on a deeper level. I belive that knowing me beyond the pretty pictures I share makes me more real, more of a human behind the photos, and will hopefully allow you to be more comfortable when I come to photograph your family no matter what your story is.

I also believe there is a stigma about C Sections not being the “right way” or as beautiful as natural child birth. I know I sure had my mind changed as I poured through my gallery of images and saw all of the beauty, all of the love, and all of the miracle that modern medicine has allowed me to safely deliver my son. So I am sharing my “Belly Birth” (a new term
used to move away from the cold or medical term Cesarean Section) photos with you today. 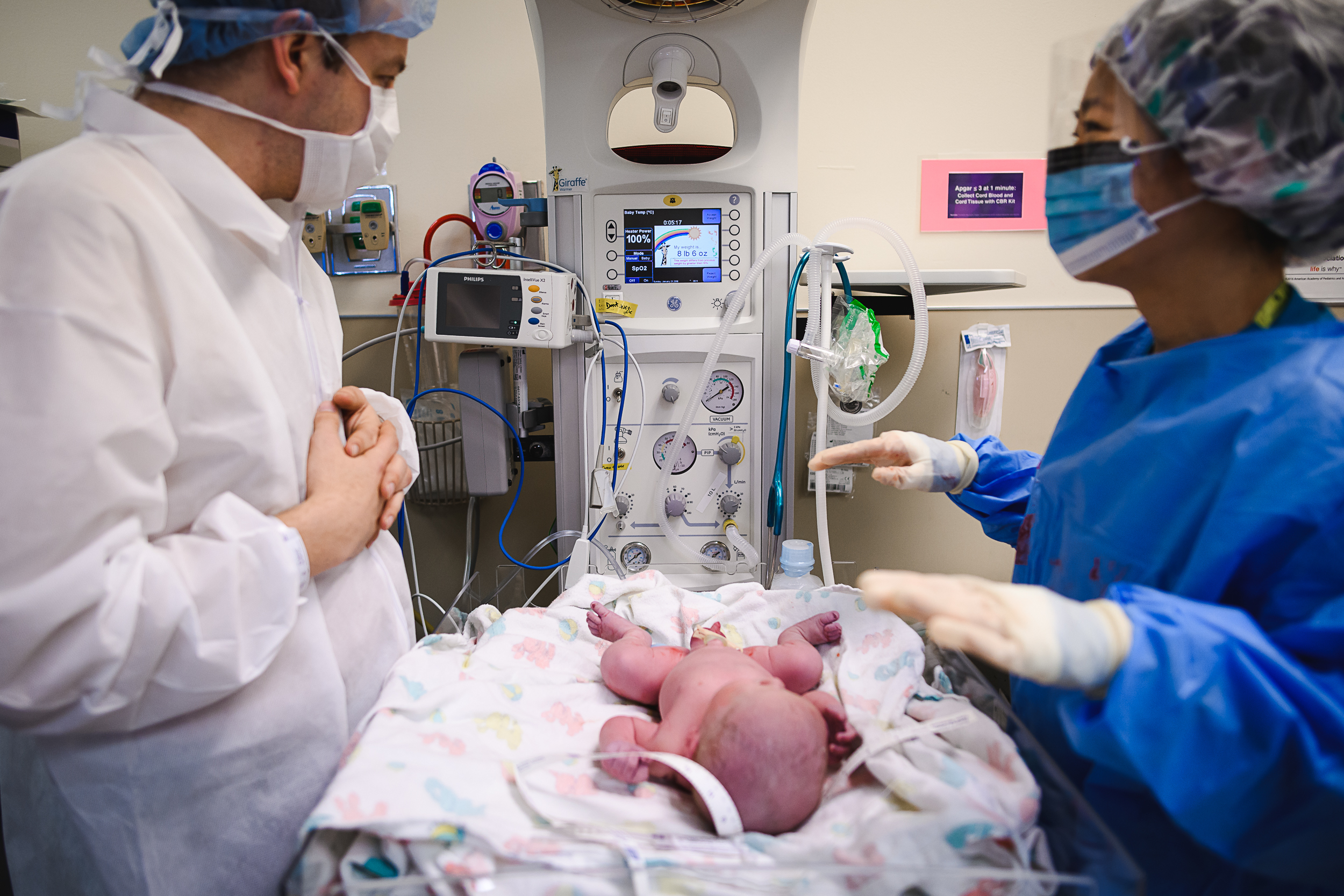 What to Wear for a Lifestyle Newborn Photography Session »