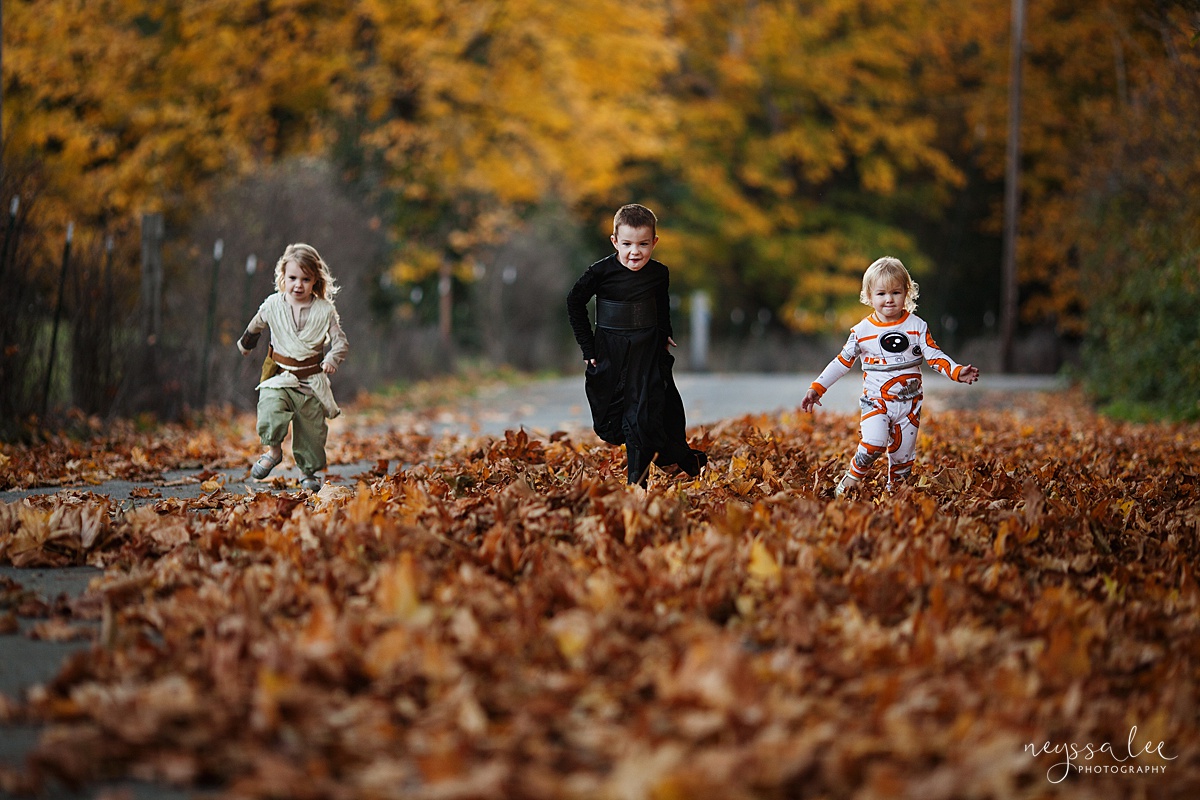 I’m going to be honest here. Before kids I was NOT a Halloween fan. I don’t like things jumping out at me, scary movies, or the massive amounts of candy temptation. However, I had my son and realized it is so much more fun with kids. I mean, kids in costumes?! It doesn’t get much cuter than that. So now I’m all about taking Halloween photos.

But while they are so cute in costume it may feel overwhelming trying to capture them on Halloween. That’s why I’ve put together these 5 tips for magical Halloween Photos to help you better photograph your kids this Halloween!

Take your photos before Halloween.

Let’s be real, the last things kids might want to do is pose for photos, especially when there is candy to be collected. Take some pressure off and take photos before Halloween. Kids love to dress up in their costumes and will love the opportunity to wear them early. Plus, it often rains on Halloween around here, so I pick a day when the sun is out (or it’s at least dry) and do photos then. It’s a win-win.

Set the scene for Halloween photos.

The location for your photos can really make a photo stand out. I have three favorite types of locations to do Halloween photos.

Let them be silly (or serious, or scary) for Halloween Photos.

When you get your kids into the character they are playing they forget they are taking photos and just have fun. If they are a lion ask them to roar as loudly as they can. If they are a princess, have them twirl. Or ask them what their character says or does.

Get in on the fun!

I don’t know how long my kids will be up for family themed costumes, but as long as they do, I’m going to get in on the fun and dress up with them too. One year we all went as characters from Star Wars so I handed the camera off for a friend (the amazing Megann Robinson) to snap a photo of all of us together. The kids still love to see where mom and dad were Han Solo and Princess Leia! Do you love tips for taking better photos? I have a series of tips just for you. Go check them out.