Capture Your Disney Side

Has your family visited Disneyland but you’ve struggled to capture your Disney side? I don’t know if you know this, but I LOVE Disney. My entire family does. Sawyer gets beyond excited by Minnie Mouse. Milo loves Cars, Planes, Mickey Mouse, Eeyore. The only thing that made Derek love Disney more, was their acquiring his second love, Star Wars. In college, Derek and I went to Walt Disney World as our first big trip together. Two years later, we returned to Disney World for our honeymoon. And 5 years after that, we took our kids to Disneyland even though they were only 22 months and 4 months old. Did I mention that we LOVE Disney?

Disney holds a special place in my heart. It was the first big vacation my family went on together as a child. It was a truly magical vacation, as were each of the other times I’ve visited the Happiest Place(s) on Earth. The cast at Disney pays so much attention to every detail. Nothing gets overlooked at Disney. Okay, almost nothing. Disney, I love you, but your photos stink. If you only had the park photographers take your vacation experience you would be stuck with a bunch of cheesy photos of your family standing together (hopefully) and smiling at the camera in front of the big attractions like Cinderella’s Castle. Or maybe you’re standing next to Goofy smiling. But what about the moment before that is often missed, but so much more important? What about the moment your child meets their favorite character for the first time? There is so much magic and enjoyment during a vacation at a Disney Park. But for mom, this can often mean stress of trying to capture all of these magic moments. And if mom is taking the photos, she’s only in the ones the park photographer took, the photos that fail to capture your Disney side. But what if you had a photographer there just for you? What if I was there capturing parts of your vacation so that you didn’t have to? 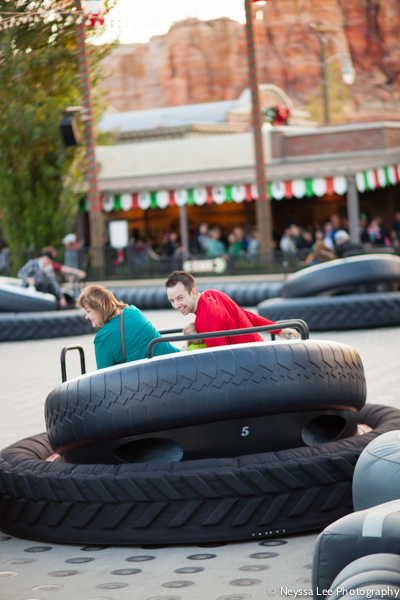 This is my dream – to capture your Disney side. I want to allow you to have your vacation without worries, while I capture the magic that Disney brings. Instead of dealing with carrying a camera around the park all day, leave it to me to capture the big (and little) moments from your vacation. While we are at it, let’s get a couple of family portraits, because what a better backdrop then at Disneyland?!

Are you planning a trip to Disneyland soon? I’m looking for families interested in having a lifestyle vacation photographer and/or a Disney Family Photo session.  If this sounds like your family, email me at info@neyssalee.com and we can start talking about all of the details of how to capture your Disney side! Oh and don’t worry, it doesn’t mean you’re spending your ENTIRE vacation with me. I’m sure I wouldn’t be able to go to Disneyland without taking the time to ride Peter Pan’s Flight!

« Courage and CONFIDENCE Gained Through Photography