My 4 Year Old in Photos

How could I not share my 4 year old in photos?! Recently, he had a birthday where he turned 4 years old. Each year I like to do a photo shoot of the kids near their birthday to show a little of their personality at that point in their lives. I admit, that I slacked a little this year as Hudson was born just before his special day. Just before his birthday party, I decided to take a couple of quick photos of the birthday boy. I loved them all so much, I decided that they perfectly depicted my 4 year old in photos and I didn’t need to do another shoot. I mean, just look at that smile. It melts me to the core. Of course, Milo has reached the age where, when asked to smile, you get this next face. It’s not my favorite, however, I had to capture it anyways! It’s funny that Milo had given me a similar face a few years ago. But I love how he will still cover his face at times during photos. I also love that their is dirt under his fingernails (typical boy) and a Cars Band-Aid on his finger (not for an actual cut, but because he likes Band-Aids). 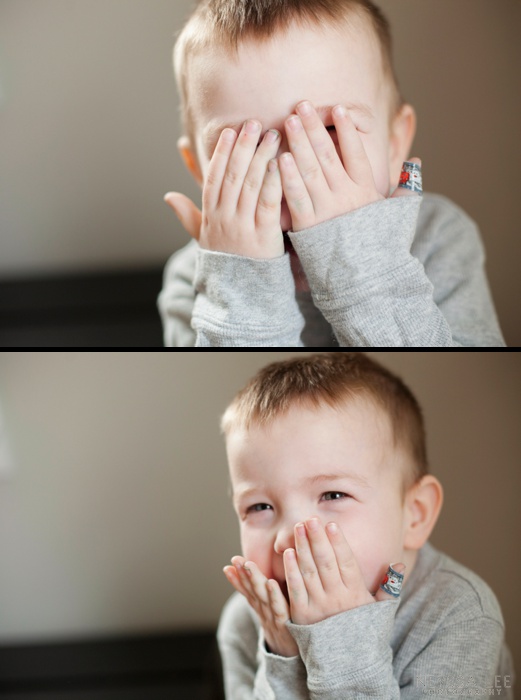 Finally, probably my favorite shot. One of his goofy faces. Man, I just love that boy and his many faces!

P.S. Does your child have a birthday coming up? Let’s celebrate with a special photo session for him or her. Contact me about milestone mini sessions for your child!