Sawyer is one lucky gal, she turned 4 months in California! It was wonderful having beautiful sunlight to use for her photos! One day during Milo’s nap I couldn’t resist snapping a few photos as the light was just pouring in our hotel windows! It looks like she was pretty happy about the sunshine too! One of the things that I was sad to see go this month was the swaddle. For me, her becoming unswaddled was a sign that she is truly growing up. This image captures one of her last naps in the swaddle. In Disneyland, Derek and I wanted to get each child something that would stay with them for a while to remember our trip. Since she is growing so rapidly an outfit wasn’t the best idea, so we chose her very first Minnie! The doll is so soft and makes a beautiful rattle sound. She just loves cuddling with her Minnie! 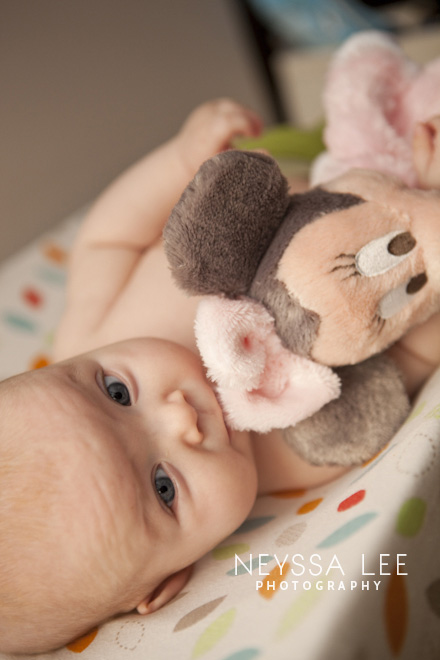 Once we got home, I had to take her Sheepy photo! She loves to sit in the bumbo like a big girl, so I thought it was a perfect way to capture her milestones and her size in one image! 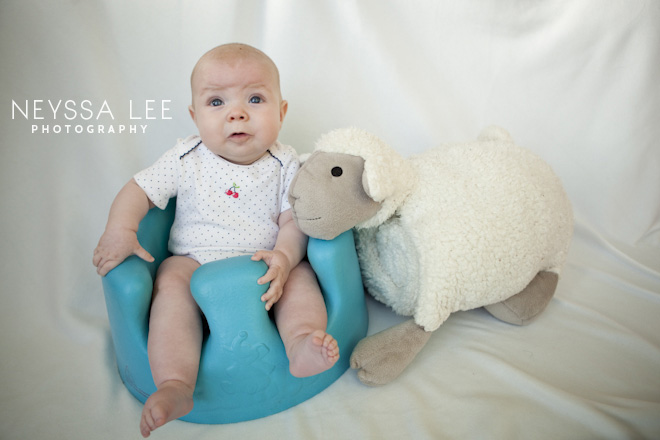 She still just adores her big brother. I love how their relationship is developing and am excited to see how it grows as they get older. He just loves to cuddle with her (though not always as gentle as he should be). With him, it is harder to get him not in a photo with her rather than in the photo! 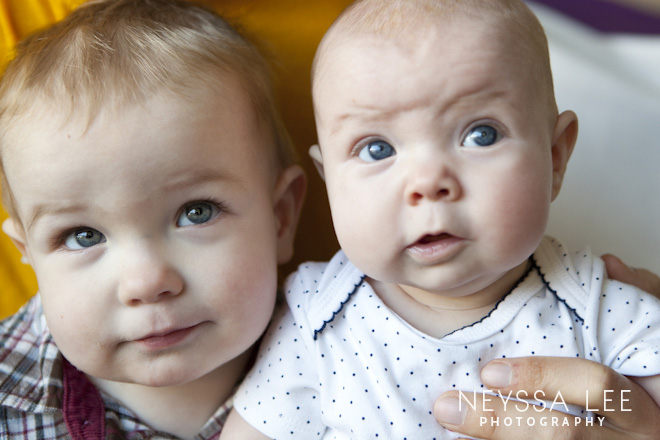 Her newest favorite thing to do is stand. She just cracks up if you stand her up and sit her down repeatedly. That’s my girl, standing proudly! And since I haven’t done a post on just Milo in a while, I thought I would include this shot of him (at 21 months). He recently had his first “big boy” hair cut. I’m grieving the loss of his long and crazy baby hair a bit, but he does look so handsome. This week, I challenge you to get your camera out and capture your child. What defines him/her right now? Post your photo on my Facebook page to show me what you’ve captured!